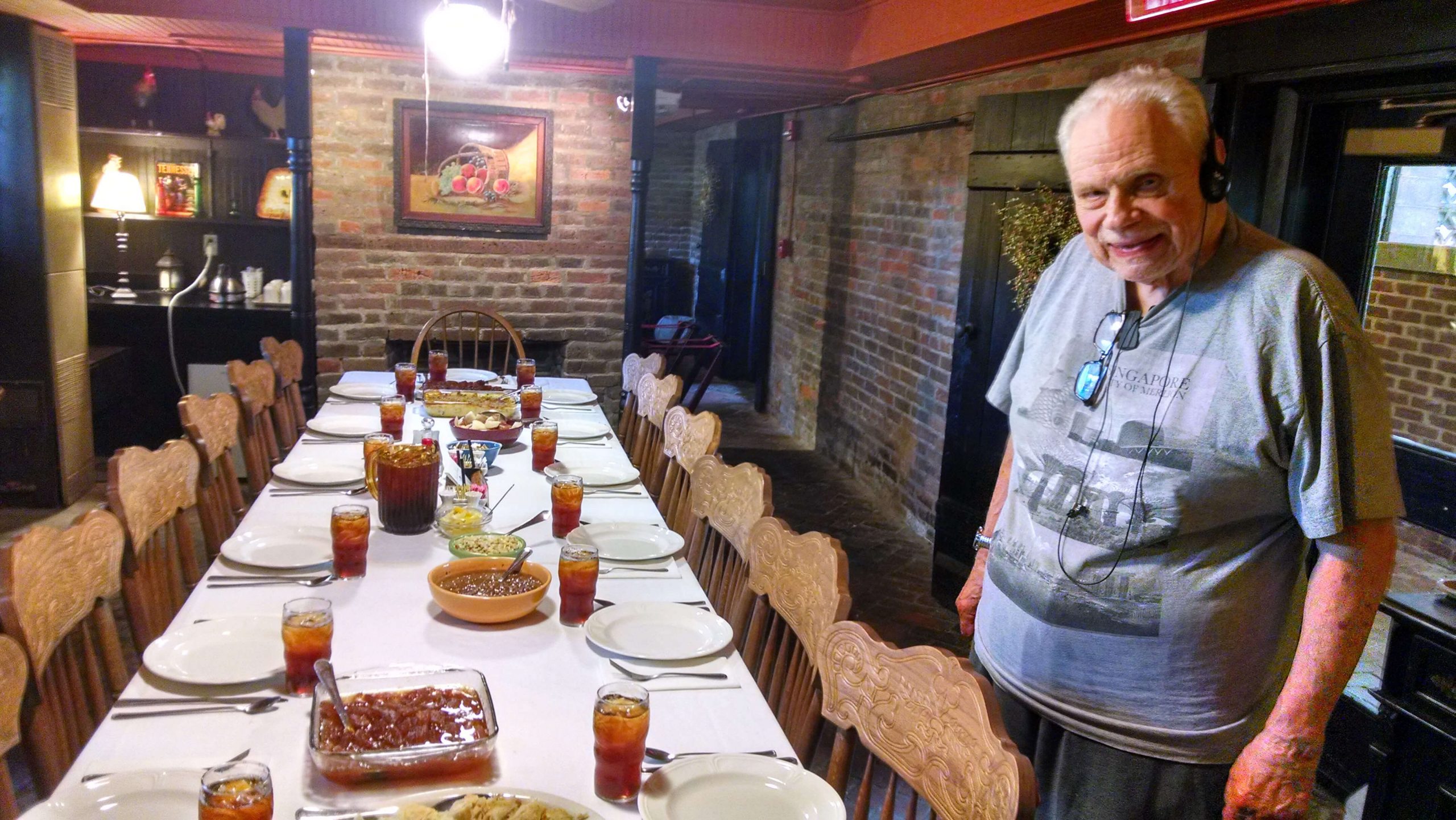 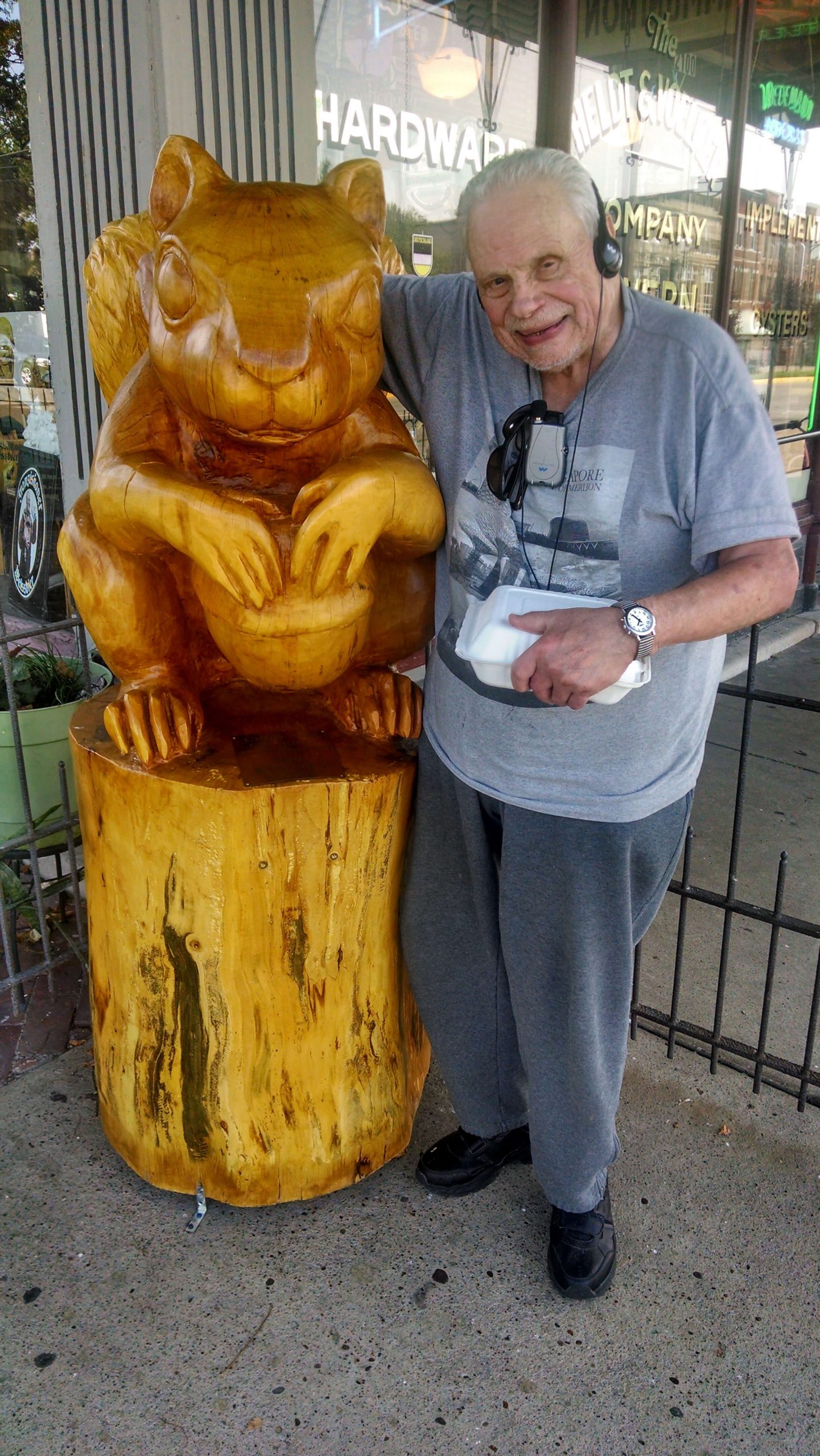 Harlan “Poppy” Howard, born October 15, 1932
Of sturdy Swedish stock three generations in America after leaving their family farm during the potato famine in the 1850’s, Harlan came into this world at height of the Depression near the bean fields of Los Angeles. After having tried for over ten years, his parents were surprised to have a baby in their arms and tried to find the joy in the simple moments of life, eating slow simmered hamburger steaks with onions on Saturdays, driving to the beach on Sundays. Living in a tidy bungalow near Normandie and Denker on 104th Street, his parents loved and fought and took care of their son as best they could.
Harlan learned to play the trumpet and violin, mowed lawns, walked to school, and delivered papers while his father managed to stay employed at a book binding company throughout the hard times. His mom had also worked at the book bindery for a time but later struggled with life, and when Harlan was 12, she was ‘put away’. With stigma and misunderstanding surrounding mental health issues – unfortunately, not changed enough even today – this was a difficult era for Harlan and his dad. (Harlan recalls with pain how one of his newspaper customers refused to hand him their subscription money, worried they would ‘catch’ whatever it was his mother had. They would never answer the door when he came by to collect, instead leaving the money in an envelope on their porch.) Still, they forged on, every day praying for her health, and every week driving for hours each way to visit her in the sanitorium. 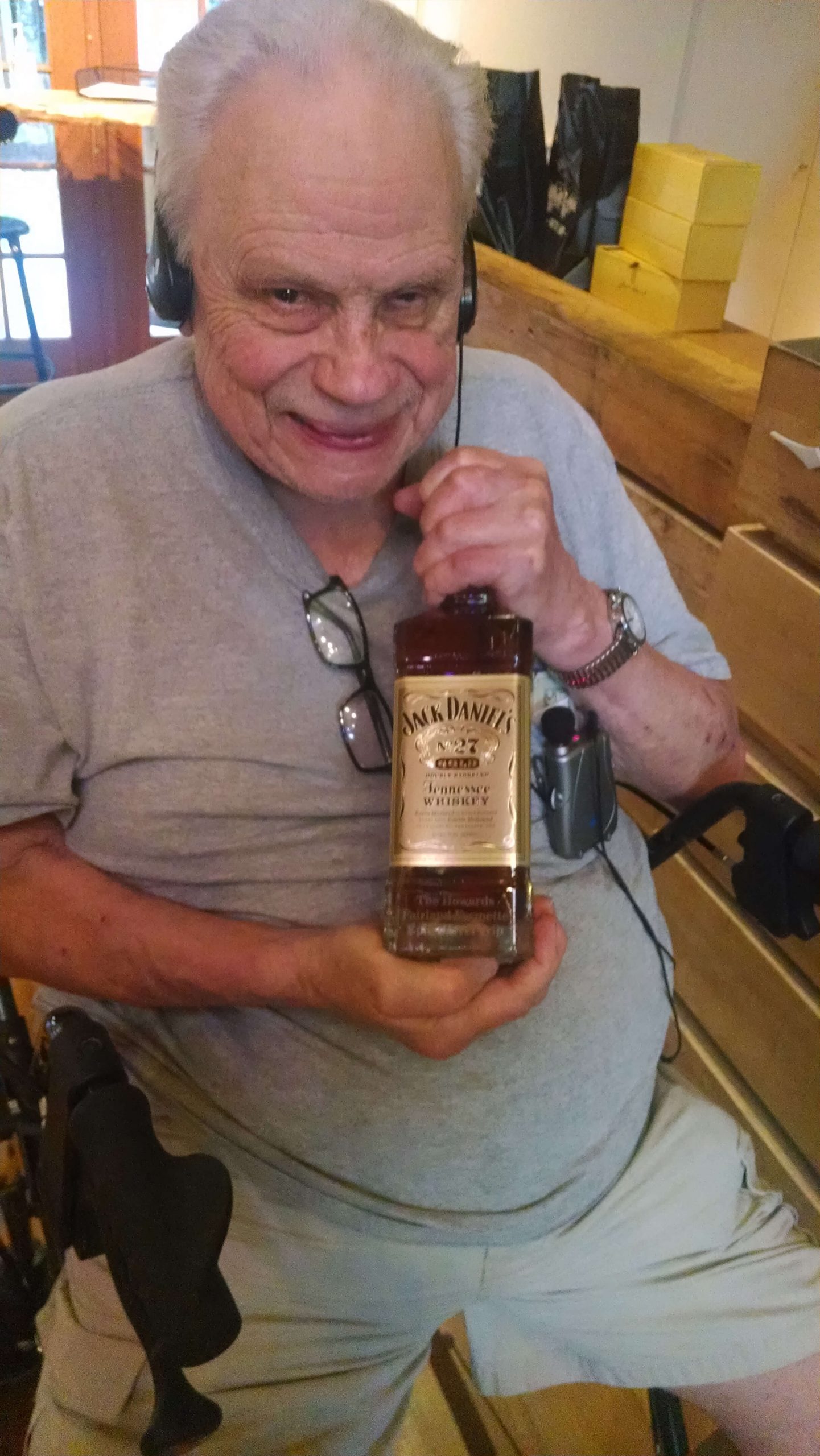 During this time, Harlan’s bachelor uncle retired from sheep herding near Hay, Washington, and moved into the Angeleno household to cook and clean and run the house while Harlan’s mom was away. Uncle made huge tubs of tapioca, and they watched “Gorgeous George” on Friday night wrestling, and the bachelors found a rhythm to life which suited them. When Harlan’s mom died three years later, his dad requested an autopsy, unusual for the times, an act which helped close the mystery of her strange behaviors as doctors discovered a large glioma tumor the size of a goose egg lodged deep in her brain. While sad to uncover the underlying cause, bringing closure to this chapter was an important step for the family.

Harlan went to Washington High School and became enamored of planes, wanting to fly for a living. His father continued to work hard and put Harlan through the University of Southern California where Harlan majored in Zoology, was ‘High Alpha” (Fraternity President) for Lambda Chi Alpha, and joined the Navy to become a carrier pilot. He met and married Lyddia Ptitsin, who stayed with him throughout her life until she passed this mortal coil on Good Friday, April 10, 2009. Along the way, they had three kids, Deb (now Farmer Deb), Harlan II and David, traveled the world, and lived in many ‘duty stations’ while Harlan served on Pacific and Mediterranean cruises for six to eleven months at a time for his 22+ year Naval career. Harlan II followed his dad into the Navy, becoming a nuclear reactor operator and earning “Sailor of the Quarter” for the Pacific fleet. Harlan died on the farm in 2017 of a brain tumor while David passed years earlier at the age of 37 from drowning. But before he left us, David found his wife, Karen, and they had two kids, Grant and Madison, which is how Harlan became “Poppy”. 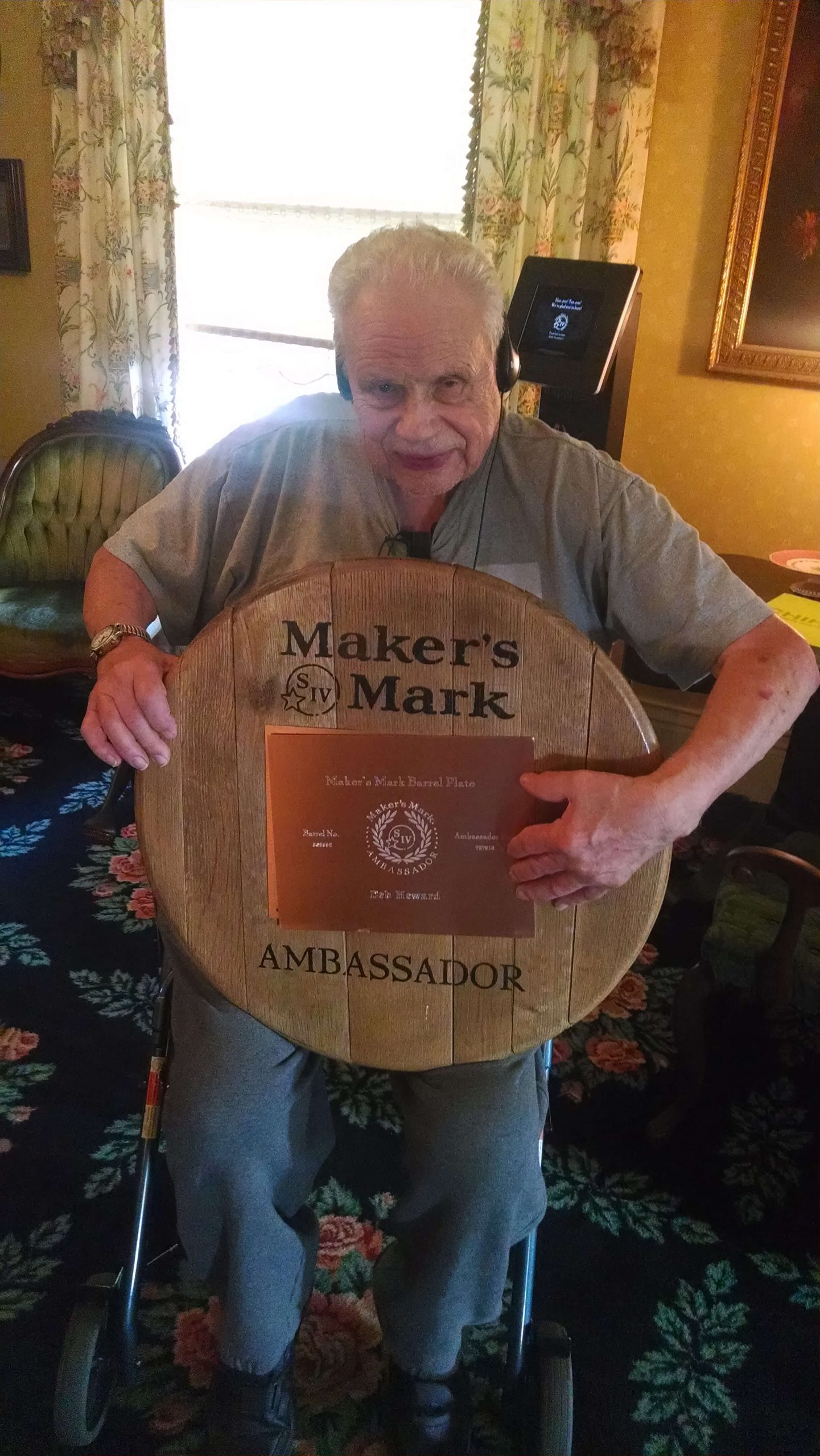 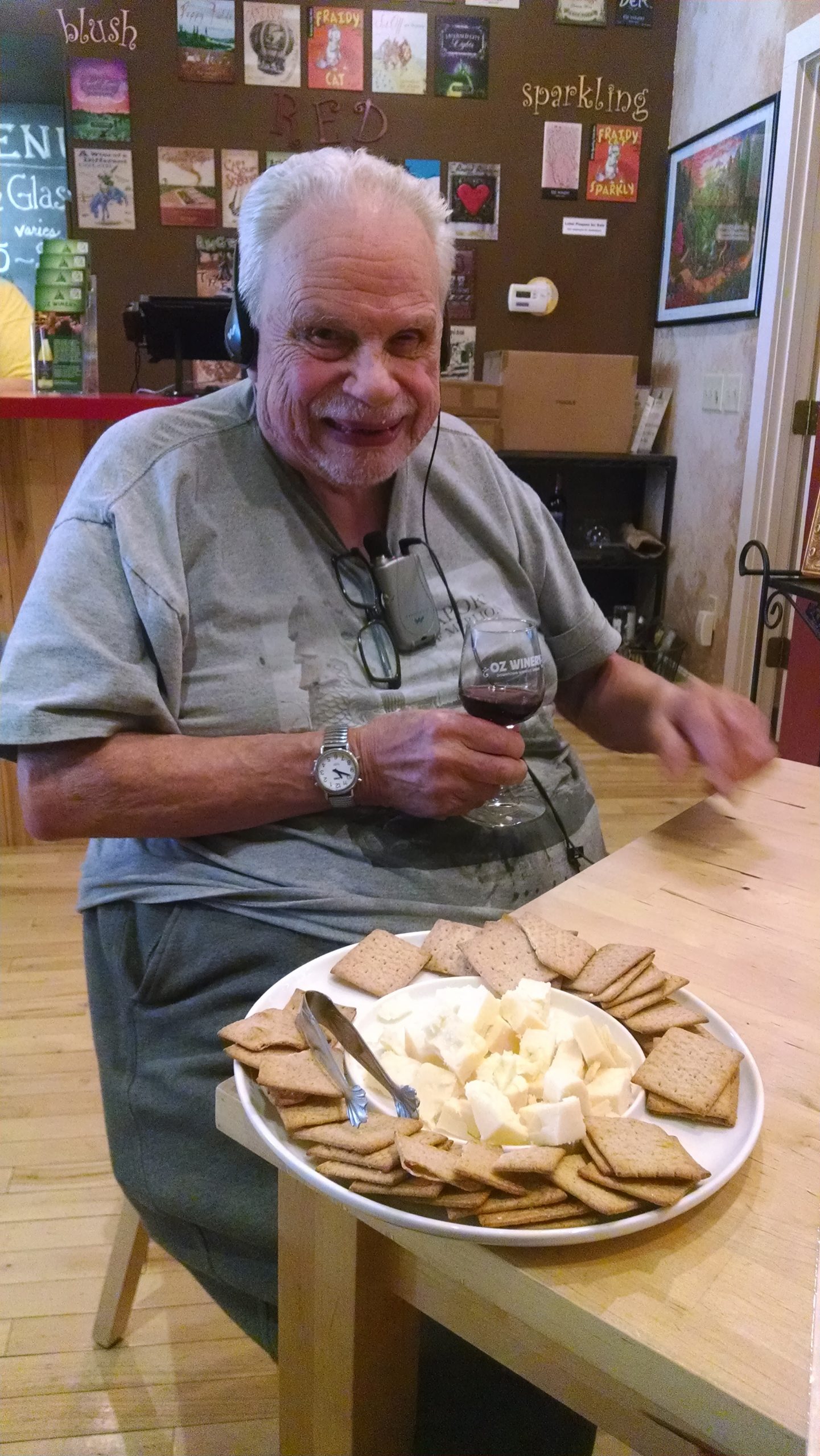 Although famously said by Churchill in a different context, Harlan views life as a riddle, wrapped in a mystery, inside an enigma. He has enjoyed the ride, the highs and the lows, and everything in between. Living in his ‘man cave’ on the farm with his huge TV and his remote control, eating and drinking well, and entertaining visitors who come to call, Poppy says, “any day on this side of the grass is a good one.” We could all learn a thing or two from Poppy as to how to go with the flow…

Goats and Chickens – The Inside Story of Clabber 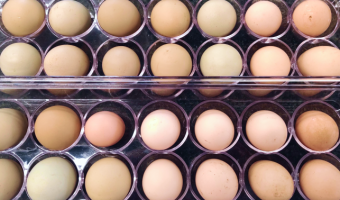 How Eggshells Get Their Color

As the hen forms the shell, a hen with colored eggs secretes pigments called “porphyrins” from cells inside her uterus to add color...
Read More 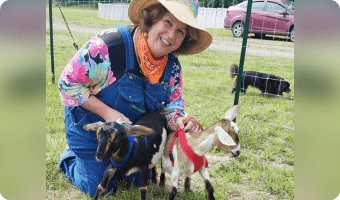 In the next year, we will offer:
Read More 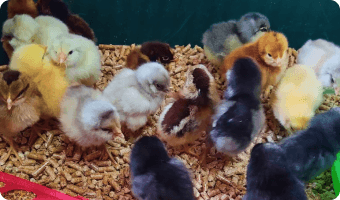 As the authorized spokeschicken for the Willapa Bay Heritage Farm (we’ll call it “WBHF” or “The Farm”, for short) and for all us chickens, welcome to our website and the Chicken Chronicles!
Read More